The 2019 KBF High School Master Class will be held at two high schools this year to be selected through an application process. 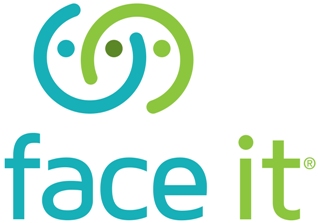 Program Overview:
As part of the 2019 Kentucky Book Festival, Kentucky Humanities has partnered with Face It and New York Times bestselling author Jarrett J. Krosoczka to present a Master Class for high school students. Hey, Kiddo  is Jarrett’s graphic memoir for young adults. Jarrett first spoke publicly about his mother’s addiction to heroin and his childhood growing up with his grandparents in a widely shared TED Talk. Hey, Kiddo is about his childhood and teen years, a period of time in which art became a lifeline and a way to process his mother’s battles and the absence of his birth father. Learn about how Jarrett created this deeply heartfelt memoir. A dramatic reading from Hey, Kiddo will be paired with the behind-the-scenes look of how the book was made. 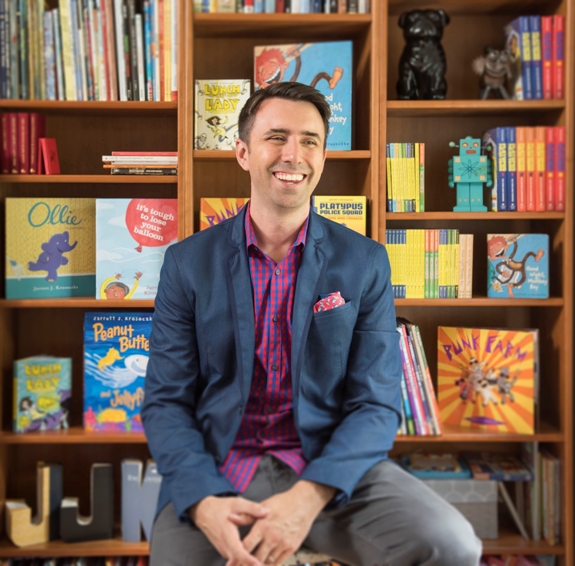 New York Times bestselling author/illustrator Jarrett J. Krosoczka creates books with humor, heart, and a deep respect for his young readers—qualities that have made his titles perennial favorites on the bookshelves of homes, libraries, and bookstores. First published at the age of 23, Krosoczka has more than 30 published books to his credit, including several picture books, his wildly popular Lunch Lady graphic novels, and the Platypus Police Squad middle-grade novels. He also recently launched a new story arc in the Jedi Academy series with Star Wars™: Jedi Academy: A New Class.

Krosoczka is a two-time winner of the Children’s Choice Book Awards Third to Fourth Grade Book of the Year and has been a finalist for the prestigious Will Eisner Comic Industry Award. He has delivered two TED Talks that have collectively accrued more than two million views online. Krosoczka has been featured on NPR and can be heard weekly on The Book Report with JJK on SiriusXM’s Kids Place Live, a show focusing on books, authors, and reading. His Punk Farm, Lunch Lady, and Platypus Police Squad series are all currently in development for film.
Realizing that his stories can inspire young readers beyond the page, Krosoczka founded School Lunch Hero Day, a national campaign that celebrates school lunch staff, and Platypus Reading Squad, a program in which police officers read aloud to children in schools and libraries. A consummate advocate for arts education, Krosoczka also established the Joseph and Shirley Krosoczka Memorial Youth Scholarships, whose purpose is to fund art classes for underprivileged children, in his hometown of Worcester, Massachusetts. Krosoczka lives in western Massachusetts with his wife and children and their pugs, Ralph and Frank. Learn more about Jarrett and his work at studioJJK.com.

Hey, Kiddo is a National Book Award Finalist that's a true story about how complicated the truth can be. In preschool, Jarrett Krosoczka's teacher asks him to draw his family, with a mommy and a daddy. But Jarrett's family is much more complicated than that. His mom is an addict, in and out of rehab, and in and out of Jarrett's life. His father is a mystery—Jarrett doesn't know where to find him, or even what his name is. Jarrett lives with his grandparents—two very loud, very loving, very opinionated people who had thought they were through with raising children until Jarrett came along.

Jarrett goes through his childhood trying to make his non-normal life as normal as possible, finding a way to express himself through drawing even as so little is being said to him about what's going on. Only as a teenager can Jarrett begin to piece together the truth of his family, reckoning with his mother and tracking down his father.

Hey, Kiddo is a profoundly important graphic memoir about growing up in a family grappling with addiction, and finding the art that helps you survive.

You can listen to presentations by Jarrett on his website.

Application Information:
Kentucky Humanities will accept applications beginning 8/1/19 to select two high schools to host Jarrett J. Krosoczka for a 45-55 minutes presentation to students. This presentation will be followed by a book signing. Each school will be provided with up to 150 free copies of his book to be provided to the students in attendance. Students will then have a chance to have their books signed following the presentation. Deadline for applications will be 8/23/19.

We invite schools in central Kentucky to to apply to host this author. Because the author is only available on Friday, November 15 to travel to high schools, the schools must be in central Kentucky so that he can get to two of them on Friday. He will be at the Kentucky Book Fair at Kentucky Horse Park's Alltech Arena on Saturday, November 16 presenting on the main stage at 1:30pm and signing books at his table in the morning. Counties eligible to apply for this opportunity include Anderson, Bourbon, Clark, Franklin, Fayette, Jessamine, Madison, Mercer, Scott, and Woodford.