The Birds of Opulence Book Discussions 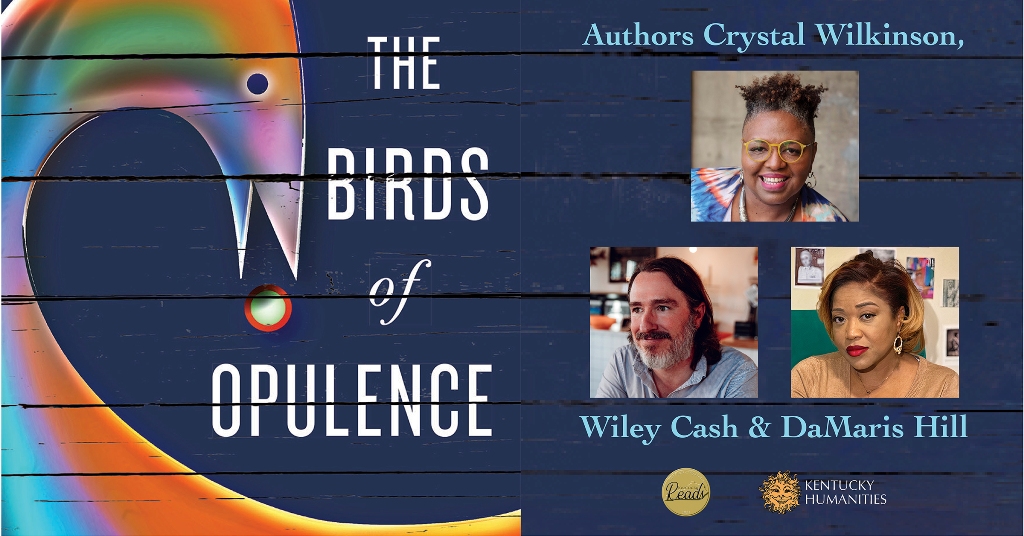 Out of Opulence: An Evening with Crystal Wilkinson, Wiley Cash and DaMaris Hill 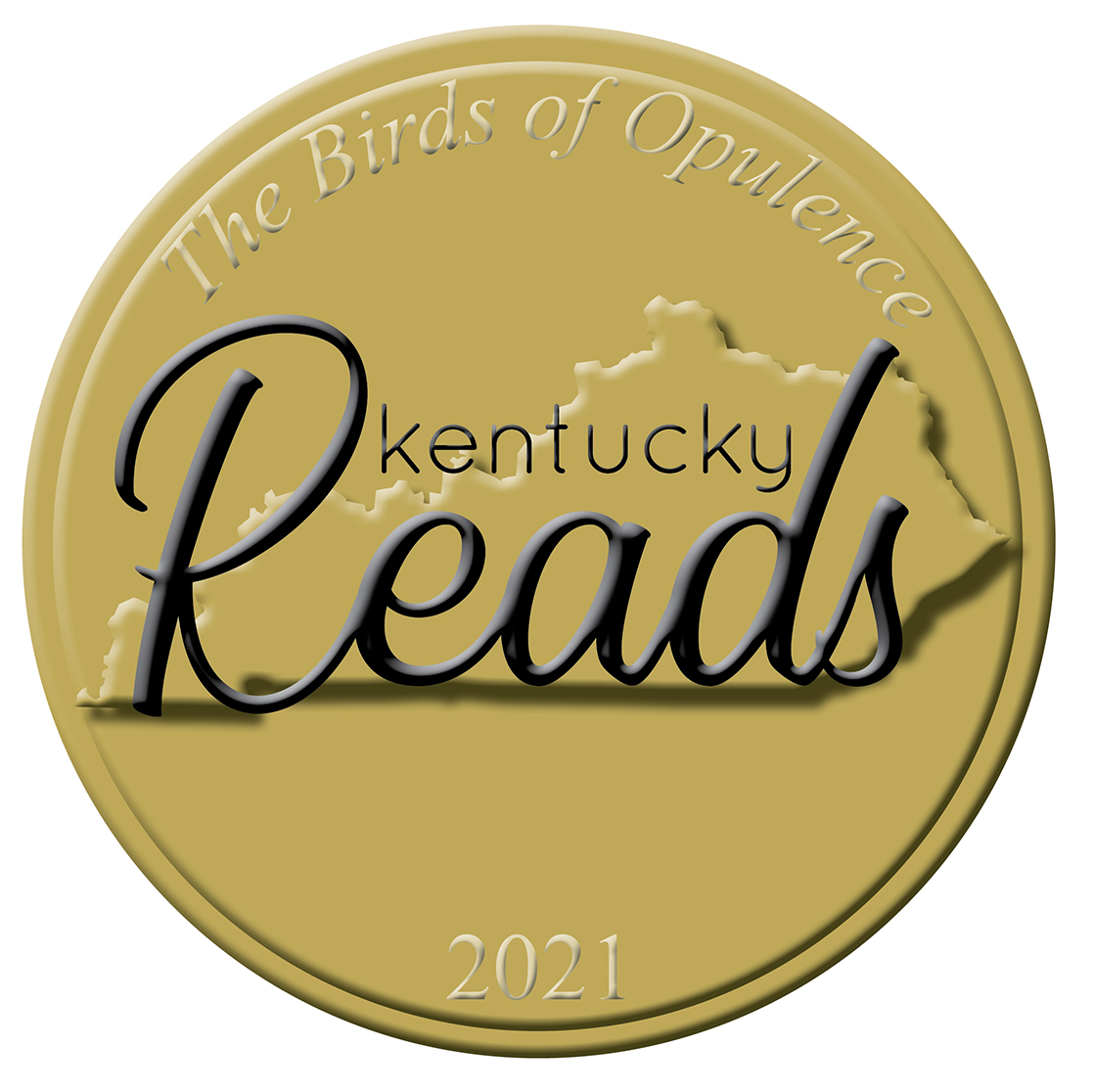 Kentucky Humanities is pleased to announce the 2021 Kentucky Reads selection is The Birds of Opulence, by Crystal Wilkinson.

About the book:
A lyrical exploration of love and loss, The Birds of Opulence centers on several generations of women in a bucolic southern black township as they live with and sometimes surrender to madness. The Goode-Brown family, led by matriarch and pillar of the community Minnie Mae, is plagued by old secrets and embarrassment over mental illness and illegitimacy. Meanwhile, single mother Francine Clark is haunted by her dead, lightning-struck husband and forced to fight against both the moral judgment of the community and her own rebellious daughter, Mona. The residents of Opulence struggle with vexing relationships to the land, to one another, and to their own sexuality. As the members of the youngest generation watch their mothers and grandmothers pass away, they live with the fear of going mad themselves and must fight to survive. Crystal Wilkinson offers up Opulence and its people in lush, poetic detail. It is a world of magic, conjuring, signs, and spells, but also of harsh realities that only love—and love that’s handed down—can conquer. At once tragic and hopeful, this captivating novel is a story about another time, rendered for our own.
About the Author:

Crystal Wilkinson, Associate Professor of English at the University of Kentucky, is the award-winning author of The Birds of Opulence (winner of the 2016 Ernest J. Gaines Prize for Literary Excellence), Water Street and Blackberries, Blackberries. Nominated for both the Orange Prize and the Hurston/Wright Legacy Award, she has received recognition from The Kentucky Foundation for Women, The Kentucky Arts Council, The Mary Anderson Center for the Arts, The Fine Arts Work Center in Provincetown, and is a recipient of the Chaffin Award for Appalachian Literature. She has been nominated for a Pushcart Prize and her short stories, poems and essays have appeared in numerous journals and anthologies including most recently in the Oxford American and Southern Cultures. Wilkinson has an MFA in Creative Writing from Spalding University and a BA in Journalism from Eastern Kentucky University.
Click here to hear an interview with Crystal on WLEX about her book.
Click here to read an interview with Crystal Wilkinson by Morris Grubbs.
Booking Fee:
The booking fee for your organization is only $50. Kentucky Humanities will supplement the remaining cost of the program. Each host organization will be provided with 15 copies of the novel to share among participating members and publicity materials to promote your discussion. Kentucky Humanities will pay an honorarium to the discussion leader (you choose) below to lead your book discussion. Or you can choose to find your own book discussion leader and your organization will pay that leader or he/she will donate his/her time to serve as a discussion leader.
Any nonprofit organization in Kentucky can host this program, including libraries, historical societies, churches, prisons, veterans’ groups, museums, book clubs, etc. These programs will be awarded on a first-come first-served basis and must take place between February 1, 2021 and December 31, 2021.
Social Media hashtags: #KyReads, #Kyhumanities, #NEH

How to host book a discussion

Organizations are not limited to these scholars.

Download flyer with this information.
Download pdf file of the discussion guide for The Birds of Opulence by Wiley Cash.
The 2020 book selection was Hannah Coulter by Wendell Berry. Because of COVID, many of these book discussions were postponed or took place virtually. The schedule remains below as some of these events are still taking place the first part of 20201. It is not too late to read Hannah Coulter and join one of these book discussions.
HANNAH COULTER Book Discussion Schedule (as of 8/27/2020) 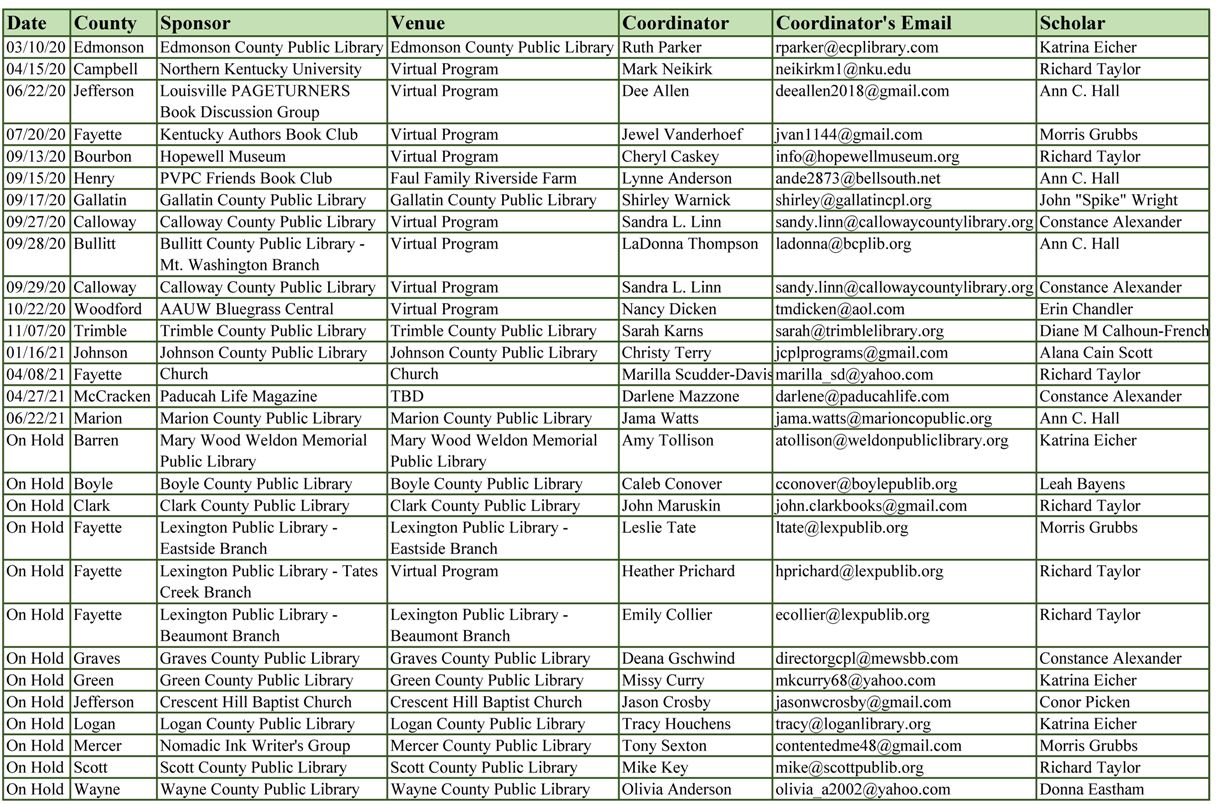 Kentucky Humanities is making available a discussion guide for the 2020 Kentucky Reads program. Thank you to Dr. Morris Grubbs of the University of Kentucky for writing much of the content for this guide. Download a copy of this guide here.